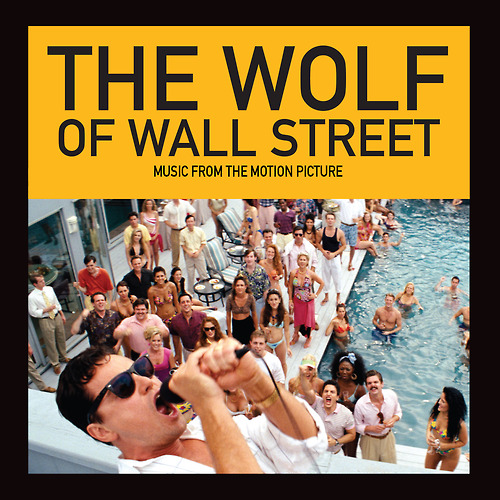 Is there such a thing as good fear in business? I recently watched The Wolf of Wall Street starring Leonardo DiCaprio and oooh, kids, there’s some scaaary stuff in there. It’s a powerful example of our human destructive force. Take a driven, intelligent, young man and sprinkle on him a dash of desperation, buckets of booze, drugs and poor mentorship. Then set him free on a bunch of vulnerable greedy people and you’ll witness an brutal business blood bath with lots of collateral damage. 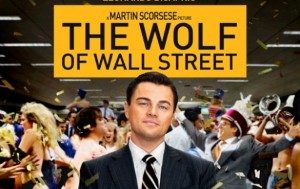 The Wolf of Wall Street is creepy because it’s based on the real life story of an actual Wall Street predator named Jordan Belfort. Belfort started his career on Monday, October 19, 1987 the infamous “Black Monday” – The largest one day stock market crash in recorded history. The company that had just hired him is wiped out in the crash and Belfort is instantly out of a job. Desparate to make it rich, he considers a job as a stock boy in a warehouse where he could work his way up the ladder to fame a fortune. But that would have taken too much time, so he chooses a different path.

He learns to pump and dump penny stocks with artful aggression and makes hundreds of millions of dollars at the expense of other greedy, unbalanced people. Eventually he is convicted of fraud and money laundering after a lengthy FBI investigation but not without his share of pain: He nearly drowns, accidentally overdoses on quaaludes, suffers two broken marriages, loses all his money, does time in prison and rats on his friends. Basically he becomes the pond scum he playfully scuffed at ten years earlier.

There’s no justifying his behavior in normal terms. I want to believe the excessive use of drugs and alcohol are responsible for his rabid mania. But it’s his inner wolf that rises up to overtake him.  And the scariest part is that I relate to him in some bizarre way.

I think we all have a ferocious beast within us that we struggle to tame in a variety of ways. For some that beast is simply starved out of existence because we do not engage in opportunity. We live lives of obscure avoidance, safe from threats and afraid to really go for it.

For others, the beast lurks quietly below the surface. Occasionally, our ambitious ego screams to “let the big dog run”. But we have him on a short tight leash so he really can’t do anything. 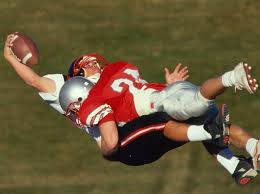 Some people have hobbies like physical sports where this pent up aggression can be vented. Amateur boxers, martial artists, even hockey players have found acceptable ways to study the beast and exercise this part of their identity.

The real challenge is to learn to tame the beast and eventually befriend it. Once manageable, it can be integrated into the whole persona and invited to contribute appropriately when courage, boldness and bravery is needed.

The Wolf of Wall Street is well directed by Martin Scorsese. He has a knack for drawing out the ugliness of humanity in a provocative and even glamorous way. It’s important to acknowledge this part of our being so in the very least the movie serves as a reminder of the destructive force we possess when it’s allowed to fester. But the acting is powerful too. Leonardo DiCaprio let’s his inner wolf howl as he portrays the extremely overindulgent Jordan Belfort. DiCaprio rocks his character to the outer limits of party perversions and dishes to Jonah Hill who invents even crazier ways to “get off” in the movie. Jonah Hill plays Belfort’s business partner and party freak Donnie Azoff.

I would recommend this movie to any business leader, entrepreneur or professional. I watched it and was disturbed sufficiently to look deeper within myself and expose my wolfish qualities. Can the wolf be tamed? Of course it can. Setting ethical boundaries is necessary  for powerful, ambitious leaders. Fearing this kind of train wreck can help define appropriate behaviours for healthy business ecology.

In NLP (Neuro Linguistic Programming), we use tools like Parts Integration, Reframming, Time Line Therapy etc to identify and integrate our many selves.

If you would like to discuss ways to know and tame your wolf, send me a note or leave a comment on this blog. I would really like to know your opinion on this topic. A common fear is the fear of success. How will people view me if I succeed? Will I be perceived negatively? Perhaps as a wolf? Will success change me for the worse?

This week we are hosting our next Winter Tune Up on Wednesday, January 29 at 6:46pm. The topic is “Keeping It Going – Building Business Momentum and using the Vortex of Power”.  Join us for an evening where we meet interesting people, share some useful ideas and learn ways to grow your business.  Hope to see you soon.

For more information on my services, check out my other website: www.KelownaHypnotherapy.com

Troubles with your memory? This is a common problem. Many people know what it’s like to misplace something. Especially common items in common places. There are things you can do to help in this situation. ... See MoreSee Less

Forget where you hid that important document? Where did you store that treasure? Seem to have misplaced that piece of jewelry? Troubles with your memory? This is a common problem. Many people know wha...
View on Facebook
· Share

You’ve got some dreams to make lots of money. You’ve even made some efforts and started your journey. But something is missing and you haven’t achieved your goals… yet. What’s going on and how can hypnosis help you? ... See MoreSee Less

You’ve got some dreams to make lots of money. You’ve even made some efforts and started your journey. But something is missing and you haven’t achieved your goals... yet. What’s going on and h...
View on Facebook
· Share